There are two powerful words in marriage.  And these words impact my marriage relationship every day.

The comics might say that those two words should be “Yes, Dear“.  The realists would offer “I’m sorry“, though that’s technically three words and it can sound insincere.

Those two powerful words are the simple, “Yes” and “No“.  And I want to explore how they affect your marriage.

With “Yes“, we enter the relationship of marriage and that is a wonderful moment.  But for many of us “YES” can become a real trap.

The YES BUT Syndrome.

For many of us, our tendency is to say “YES”, when “NO” is the best answer.

For me, it would start when I would respond to a request from Lou Ann with a “YES”, but in my mind I was wanting to say “NO”.  But I also wanted to please her and maybe avoid conflict.  Problem solved.  But it did not end there.

Eventually I would become frustrated after one too many YES’s. That’s when I exploded in expressed frustration or anger with Lou Ann.  Of course she was blindsided by my emotions.  Hadn’t I said “YES”?

True, but I was not being honest with her.  My YES’s were not really what they seemed.   I could have responded like this.

But I didn’t because I wanted to 1) Look good, 2) Avoid conflict.

But those were insincere and temporary solutions that always led to bigger issues.

Over the last several years I have made a lot of progress in being more honest about my desires.  And that has meant using “NO” more often.

Sometimes it is a partial “NO” such as “not right now” or “not exactly like that”.  But often it is “NO” as a final statement.

And I’ve learned something interesting…

“NO” is a wonderful word.  It’s not even a negative thing when I use it well.

Why?  Because “NO” communicates very important concepts that are often not expressed by a “YES”.

For example, a well-placed “NO” establishes that:

1. I exist separately from you.

2. My choices matter in the situation.

3. I am allowed to have preferences that are different from you.

4. I am staying engaged in the conversation.

5. I have a choice in the situation that needs to be considered.

6. I am not a slave to the fear of conflict or people-pleasing.

Getting to the NO

Even a 2 year-old knows that expressing the word “NO” has great value.  We laugh at 2-year-olds who have just discovered the word “NO” but that phrase is a natural part of them learning to express their individuality.

Our judicious use of the word “NO” acknowledges that we have free-will.  It sets boundaries.  It expresses what we feel inside.  It keeps us safe.  And yes it leads to challenging but meaningful conversations.

“NO” says I am not you and you are not me.  “NO” allows me to prioritize things.

So think about this for a moment.

Since we are finite and only have so much time here on earth, the regular use of “NO” is critical to our lives.  If we had more time and energy, then we could say “YES” to more things. But we don’t and we can’t.

The Bible talks about “YES” and “NO”.   Jesus said “YES” to certain things and “NO” to others.  He was usually criticized when he did that because others thought he should do something else.  That happens with you and me too.

Was I fickle when I intended to do this? Or do I make my plans in a worldly manner so that in the same breath I say both “Yes, yes” and “No, no”?
2Co 1:17 NIV
Paul, the Apostle

Check these other verses out.  John 21:15 with Jesus and Peter.  Acts 9:10 with Ananias responding to Jesus.  Great examples of using “YES” and “NO” appropriately.

Also remember that God respects a “NO”.  When someone says “NO” to a relationship with Him (not recommended), He doesn’t pout or try to force them to agree with Him or kill them on the spot.  Instead he recognizes their free will and gives them the freedom to find out how their choice will work.

Using the Two Most Powerful Words in Marriage

But I do understand how unsettling this honest “YES” and “NO” can be.   “NO” sounds so negative and uncaring and rejecting.  We feel uncooperative. We don’t feel like a good team-player.

Plus, we are putting ourselves in a position to be questioned.  It can be risky and unpredictable.  That’s probably why it is so tempting to say “YES” instead, right?

Of course, you can say “NO” many ways.  Ways that don’t sound harsh or uncaring. Ways that let you express your real feelings to others.

The important thing is for us to say “NO”, when it must be said.    And also to say “YES” with the same honesty.

Otherwise we are drifting into becoming a hypocrite, a fraud, a white-liar, a go-along-to-get-along type of person.  None of which are God’s best for you.

I need to learn more in this area. So join me this week.

Be more aware of your “YES” and “NO” statements.  Look for dishonesty, avoiding and people-pleasing in yourself.

“It is extremely important to be able to make negative assertions. We must be able to say what is ‘not me’ in order to have a ‘me’.
What we like has no meaning unless we know what we don’t like.
Our yes has no meaning if we never say no. ” Dr. Henry Cloud

“Learn to say “no” to the good and the advantageous, in order to receive the best.”   Sunday Adelaja

Here’s another perspective on this topic! 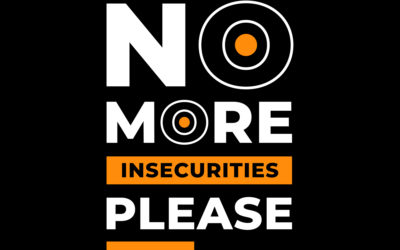 Are Insecurities Keeping You Captive?

All of us struggle with various insecurities in life. But most of us let our insecurities sabotage the abundant life Jesus calls us too while limiting the... 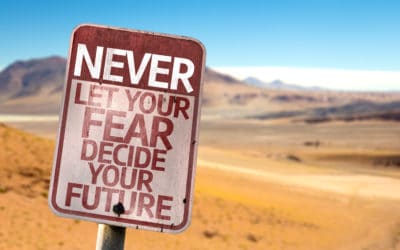 Why You are Fooled by Your Fears

In marriage, our emotional state always affects our spouse.   And our fears add a constant tension to the relationship. In our previous post we looked at how... 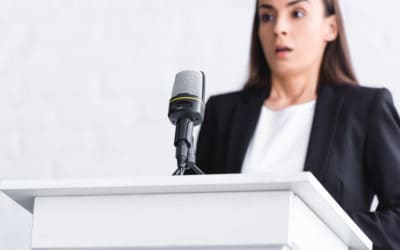 Why is Everyone so Fearful?

Without a doubt, we live in a time of many fears. We've learned that we are to fear Covid-19.  Fear racism.  Fear Republicans.  Fear Democrats.  Fear white... 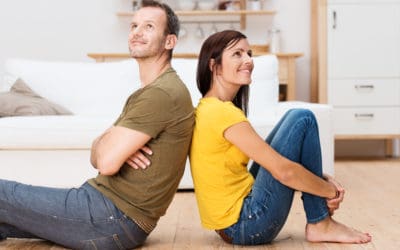 Think you have a High IQ for Marriage?

Communicating in any relationship is challenging, but marriage offers a special challenge because it is a constant requirement. There is no rest for either... 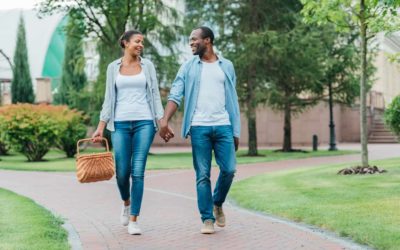 5 Ways to Love and Connect with Your Wife

In marriage, husbands and wives often struggle to be on the same page with communication. After four decades of marriage, I still find that true. And I'm...

How is Mind-Reading affecting your marriage?  Many couples use mind-reading to guess what their spouse is thinking and what their motives might be.   For...