Conflict in marriage is challenging.  And most of us have an autopilot approach that we take when we respond to conflict.

Perhaps you are the person who likes to choose Avoidance.

This response can be good or bad, so let’s look deeper.

Avoidance is part of the “fight or flight” emotions we often have when we feel in danger.  All of us experience these emotions.

What are signs of Avoidance when we have conflict in our marriage?

Conflict is normal in healthy relationships.  But none of these behaviors help us build more intimacy in our relationship.  So why do we do choose this?

Why is Avoidance common?

The first reason is that Avoidance is attractive on the surface.  Why?

Because it offers a temporary solution to our pain and anxiety.  The underlying issues that led to the conflict are not addressed and we settle into an inauthentic peace.  But at least we feel better now.

Another reason is that Avoidance allows us to avoid escalating the situation.  This is a valid concern since escalating doesn’t work either and many of us fear losing control of our emotions.

Yet there is an alternative.  We can choose to take a time-out and then return to the situation later.  This is smart and when couples understand the dynamic it is a wonderful approach to maintaining the relationship.

There is also this reason.  Many Christians believe that Avoidance is the way that Jesus would want them to handle conflict.

However, a close reading of the gospels, shows that Jesus rarely avoided conflict with those he disagreed with.  Even more, he usually spoke his mind to those listening.  Even with his disciples he could be very blunt when needed.  Yet through it all he maintained the value of truth.  See Matthew 16:23

Jesus understood that authenticity may hurt but it does not harm a healthy relationship.

In extreme cases, Avoidance is a denial of reality.  We are trying to convince ourselves that something is true even though all of the evidence says otherwise.  When this happens we are redefining truth and embracing a make-believe world that eventually crumbles and reveals reality.  If you are in this situation you should seek help from others that you trust.

For this reason, using Avoidance, as a regular approach to resolving marital conflict, is to choose a lose-lose solution.  Why?

Instead it weakens your marriage by driving intimacy out and replacing it with acting and hiding.  It builds a fake-peace.

That is why biblical intimacy is not possible when we regularly use Avoidance to work through marital conflict.

I need to mention that Avoidance should not be confused with a “overlooking an offense”.

Overlooking an offense is choosing to not react to something your spouse has done or said because it is truly inconsequential.  We have a choice in this area and we should use it wisely.  There are some things that might offend us but which are not that important.

But let’s be honest, how often are we prone to “overlook an issue” today and then tomorrow bring it up with our spouse.  That’s called “keeping a record of wrongs”  See 1 Corinthians 13

In our marriage, Lou Ann and I have gotten into heated discussions (“fights”) late in the evening.  It never goes well.

We have now learned to call a time-out when the emotions and complexity of the issue are more than we can handle at that time.

Ideally, bedtime should be relaxing.  Both of us are usually tired.  If we allowed the conflict to proceed under those conditions it would cause a sleepless night and our emotions would be amplified.

Rescheduling the discussion for the next day is a much wiser solution for both of us.

But what if an issue needs to be resolved asap?

My recommendation is to take a brief time-out (a few minutes), individually list the fears/concerns underlying your side of the disagreement, discuss and choose the best solution.

In some cases, we only need to come up with a temporary solution for the next morning.  We can then develop a full solution the next day when we are better prepared and more emotionally relaxed.

The Good Type of Avoidance

Avoidance is occasionally a good thing.  It is necessary when a spouse or situation is physically threatening or abusive.

In those situations, avoidance, followed by seeking immediate outside support is the best decision.

Many who chose Avoidance, as a lifestyle, can become involved in abusive situations that go on for months and years.  Both men and women can fall into this pattern.

If you think this might be you, get some help from a trusted friend or counselor.  It is the most loving thing to do.

I’ve listed several and here’s a recap on why Avoidance is normally a bad approach to having a better marriage.

What’s Behind our Avoidance

At its root, Avoidance is often about giving into our fears and denying our worth in the relationship.

Neither of these are taught in the Bible nor does God encourage us to do them.

In biblical conflict, both spouses step up and communicate.  Both have worth and they deserve to be heard.  Both listen, consider, pray about it and respond respectfully.

Avoidance then becomes a poor substitute for learning to collaborate over our differences in marriage.

But avoidance allows you to believe that you’re making all kinds of strides when you’re not. – Liz Murray

Pain in this life is not avoidable, but the pain we create avoiding pain is avoidable. ― R.D. Laing

There is a clear example of Avoidance in 2 Samuel starting in Chapter 13.  It involves the relational conflict between King David and his son, Absalom.  David is avoiding conflict and it does not go well for him.  This example goes on for several chapters and demonstrates how David’s choice to avoid the situation ultimately led to serious consequences for David, Absalom and the Kingdom. 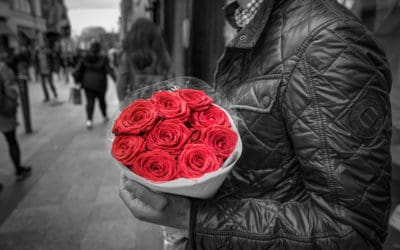 Marital Conflict is the Key to Intimacy

Conflict is a natural part of human relationships.  But great marriages have learned how to use conflict for the good of the relationship. “I don’t think... 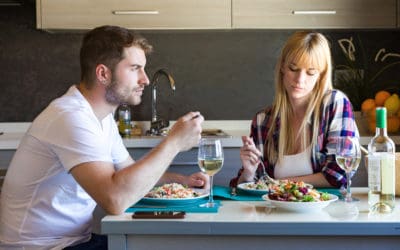 There are many "Marital Games" we can play in marriage.  By Marital Games I mean there are things we do in our relationship where each of us takes on a role... 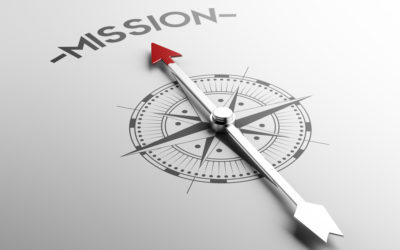 The Power of Yes and No

There are two common words that impact our marriage relationship more than we realize.   And yet we overlook their power to build or destroy intimacy.  The...