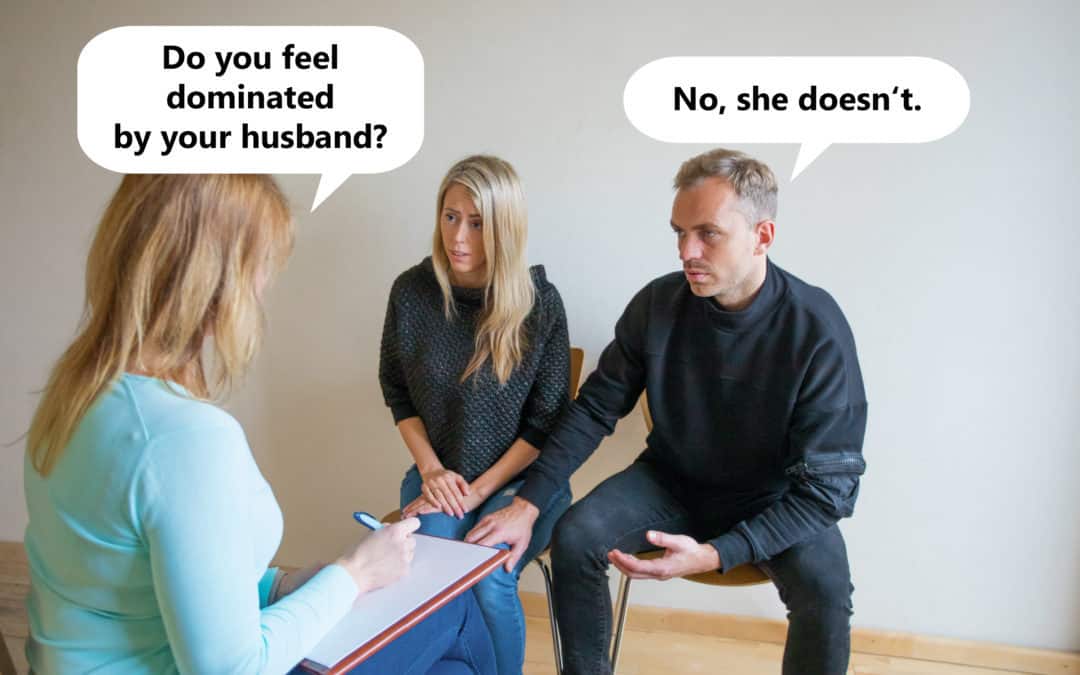 I want to highlight a danger that I’ve been recently seeing in struggling marriages.  It’s something that is often tolerated in Christian marriages but isn’t an example of biblical love.  To illustrate I want to start with God’s love.

When we consider God’s love, we see that He expresses it unconditionally as an action taken for the benefit of another.  And that love is expressed without compulsion or attempts to control our responses to that love.

Jesus is a good example.

He took action to restore our ability to be in relationship with His Father.  He came, he loved, he died and he rose again.  All of this was done freely and without pressure on us to respond against our will.

In marriage, biblical love is to be expressed the same way.  But that same freedom is not always seen in marriages around us.  Instead there can develop a controlling love.  One that leads to a legalistic dependence within the marriage.

To be clear, dependence between spouses is important, but it can be twisted by selfishness and fear into something that harms rather than blesses.  For lack of a better term, I will call this “toxic dependence”.

Here are some examples of “toxic dependence”.

1. One spouse is unable to feel good about themselves without the constant approval or presence of the other.

2.  One spouse knows little about the finances of the family while the other carefully restricts money or controls information.  For example only allowing their spouse an “allowance” for expenses such as groceries.  Hiding information about finances or investments.

3.  One spouse uses continual blame or guilt to keep the other spouse in a position of dependency and weakness where they feel completely dependent.

4. One spouse dominates all activities in the home.  They make all of the decisions, set most of the rules, and make it clear to the other spouse that cooperation is expected.

5. One spouse uses open and hidden threats towards the other to ensure that there is no questioning of their authority.  Instead, there is fear between the spouses.

Rather, we have renounced secret and shameful ways; we do not use deception, nor do we distort the word of God. On the contrary, by setting forth the truth plainly we commend ourselves to everyone’s conscience in the sight of God.

Do you know what is sad?

Many couples, like this, are found in churches where they are regular attenders and considered examples of a good Christian family.  They look good and say the right words.  But when one looks deeper, we see an unloving environment in the home, along with one controlling spouse and one overly dependent spouse.

Loving dependence is a wonderful thing.  But there is also a toxic dependence which controls and devalues each other while claiming to be love.

We know this clearly.  God doesn’t call us to toxic dependence in our marriage but to loving interdependence.

His desire is that we be mature partners in marriage and show these characteristics.

1. We are free to express our opinions and thoughts with our spouse without fear.

2. We are actively sharing responsibilities and information about the relationship and family.

3. There are no secrets, off-limit topics or hidden areas in the relationship.

4. No spouse dominates the other or devalues their shared roles in the relationship.

5. Each spouse openly expresses their differences while valuing the unique gifts the other brings to the relationship.

A biblical marriage isn’t one where a couple is caught in toxic dependence or smothering control.

Nor is it where we live independent and separate lives caring little about one another’s activities and plans.

Instead it is a marriage that illustrates the power of interdependence where each spouse contributes, supports, and jointly serves the other using the gifts God has given them.

Four Questions to discuss about Dependence

Share This
We use cookies to ensure that we give you the best experience on our website. If you continue to use this site we will assume that you are happy with it.OkPrivacy policy